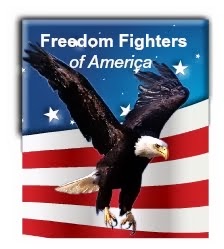 Which one do you fall into?

Figured I would start a topic on firearms.

I feel it is our duty as American's to own a firearm. After all, Japanese Admiral Isoroku Yamamoto said; "You cannot invade the mainland United States. There would be a rifle behind every blade of grass."

I think the real cause of the second ammendment is quickly being forgotten.

This is what we (as Americans) are suppose to do with the Right to bear arms.

1. enabling the people to organize a militia system. (Why did they write this one first???)
2. participating in law enforcement;
3. deterring tyrannical government; (in other words, our Government turn tyrannical on us.)
4. repelling invasion; (A foreign Nation invades the USA)
I highlighted #3 and #4 so that one will not be confussed with one another. They ARE separate reason why we have these rights.

5. suppressing insurrection
6. facilitating a natural right of self-defense (note that this one is the last reason)

Now, here's a twist. Firearms is not the only thing this covers. Piercing weapons, edged weapons, blunt force weapons; all fall under this category. Once the firearms are taken, it won't be long before all other "weapons" will be taken as well. If the people have no tools to fight with.... well, there you have it. I should have to explain what happens then.

I understand people have mixed emotions towards firearm ownership. I am one of the ones that says, "If you can afford it, buy it". I don't expect people to list their firearm library here as nor will I. However, I will tell you that my collection covers the entire gambit, minus Class3 (full auto). I don't own these for the Zombie apoccalypse or Wolrd War 3. I own them because it is my right and my duty as an American to do so. I think every law abiding citizen of the USA has the responsibility to own at least one. If you are unfamiliar with firearms and a "fear" of them is your reason for not owning one. Simply go to a Firearm seller and get a proper instruction as to how to use the firearm. Some of us have been in the military and I know that the Army spends 2 weeks just on teaching Soldiers how to properly use this "tool".

So here is my challenge to you as an American. If you own a firearm and know people who don't own one. Fill them in as to why we have this right/duty. If you don't own one, get one. You don't have to buy a $1,000 to $5,000 M4. something as simple as a 22 rifle or pistol or a 12 gauge shotgun will suffice. They can be used. However, for you first time buyers.... once you buy one, don't be surprised if you start looking for a second and a third; then a forth. It is contagious.

We've got a few. I want say how many. lol Thanks for posting P. It will get going soon. We're getting over 2000 hits a day on the website and growing. 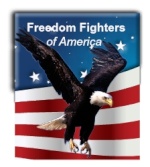